A home is when hand remembers the height of lock. When keys jangle. When butts lie between
two by fours, cylinders cracked to orange.         This patio was layed by a laborer named Bunny.
Bunny’s nights hold summer, water to the air. His hands hold wood and pencils thick.     He built
his mama a home, sanctuary where heavy water churns rhythm of sleep.
I peep

between cool that leaks, ninety five cent columns of Arizona. A cellophane bag rips. An
attendant is not attending. I feel more comfortable in empty stores than I do in my mother’s
kitchen. She installed a quartz countertop. Specks of mirrored light catch and cast prism.
Flags flutter with the will of a curtained breeze. Her English cabinetry matches the
baseboard.
Despite the rainbows, I feel no pride.

Rez boys go shining. Not with Stanley but standing in the black of a pickup truck holding
midnight sun. I want them, want to join them, want to be their carlessness, the hold they have,
limp grip around the Rivermart’s cheapest forty.
I want to wear slides outside the house.

want a lover to gift me
plastic trinkets
from the road

keychains that never
rename me.

I named the deer I drove a car into Harry.
In part, because of the debris of him that stuck, hair in what used to be headlight, but mostly
because people named Harry are usually white. And usual and white people don’t spend a lot
of time dying.

I don’t know how long Harry sang his death song.
Eventually
I got cold
and guilty
and back in the car. 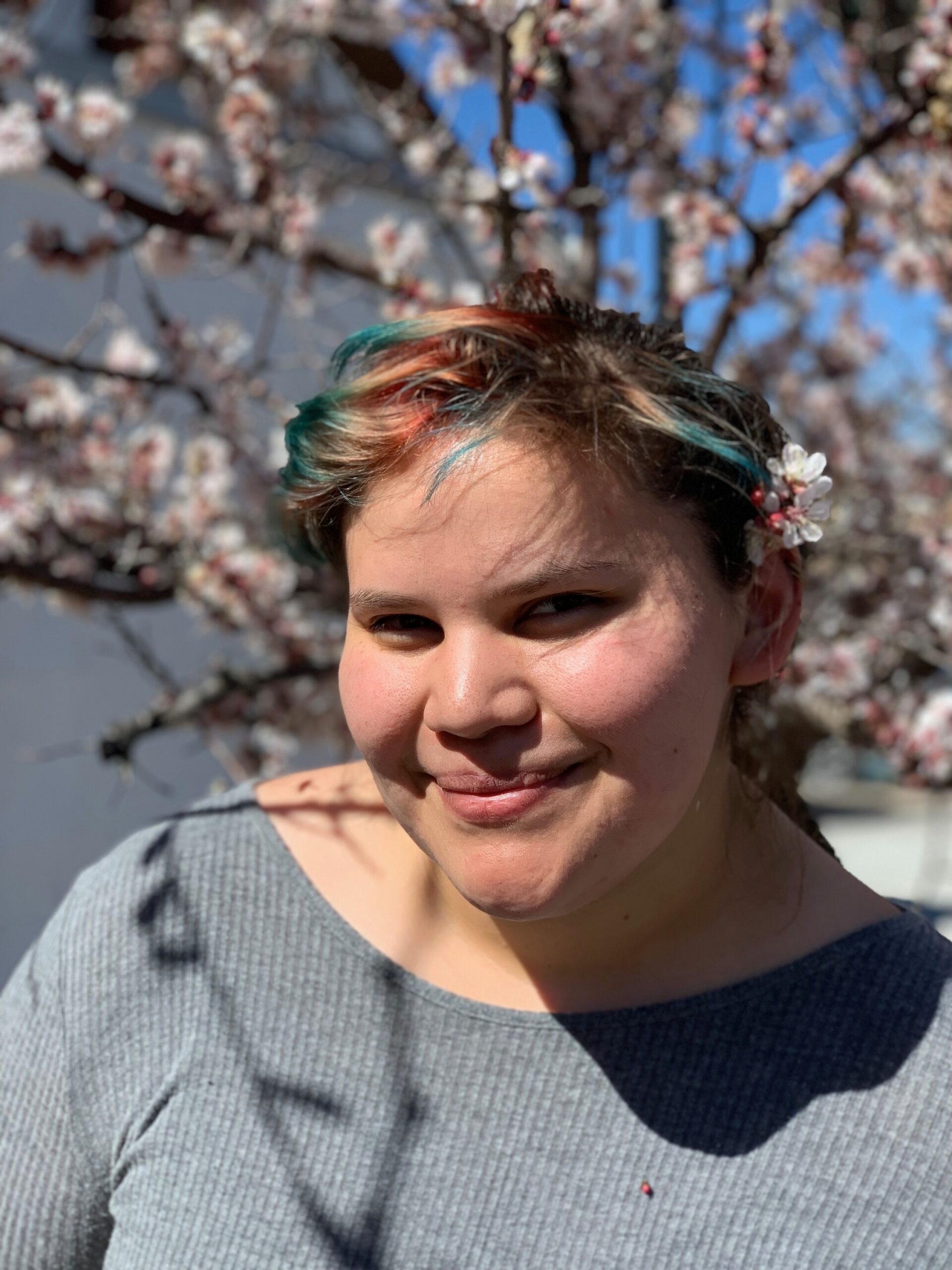 Delaney Keshena is from a small, train-bound border town and enrolled Menominee. They’re a student at the Institute of American Indian Arts where they study ceramics and poetry